N.B: This feature is only available for the Pro Edition and Educational Editions (Student, Academic, Campus).


When you import a PSD file, Klynt automatically performs the following actions:
Generate an image for each layer of your Photoshop and import it into your medialibrary.
The images bear the name of the file + layer name (eg "photoshop-file_name_layer_name.png")
Create a sequence using the name of your PSD file
Generate a track for each layer within your sequence, order it and position each layer on your sequence scene according to your Photoshop original composition

All the layers present in your Photoshop project will be imported, including those that are masked. Klynt will also generate an image file of each layer while maintaining the transparency of the layers.

Example of a simple composition in Photoshop

Canvas size:
It is recommended to adjust the size of your canvas in Photoshop to that of your Klynt project (eg. 970 x 545 px by default)


Order and name of your layers:
- Klynt generates an image for each of your Photoshop layers, so we advise you to clean up your Photoshop project from unused or draft layers before importing them.
- Klynt will also use the names of your layers so make sure these are edited before you import. This will save you a lot of time (in both Photoshop and Klynt!).
For example : a layer named "text1" in Photoshop will be imported by Klynt as "photoshop_file_name_text1.png"


Transparency and visibility of layers
- Hidden layers will be imported and will also be hidden in the timeline of the generated sequence.
- Opacity settings will also be imported and editable within Klynt
eg. if you apply a 0% opacity to a layer in Photoshop, Klynt will apply the same opacity to it in the sequence. You can then change its opacity properties in the properties panel of the image


Other technical recommendations:
- Text layers are imported as images, so they are no longer editable in Klynt.
- Vector layers and shape layers are not yet supported by Klynt, To import a PSD which include such layers, you need to rasterize them in Photoshop before you can import your file in Klynt.
- Your file should be in RGB and not CMYK color mode

There are two ways to import your file:
From Klynt menu > Import a Photoshop file. You can then browse your computer to select the file.
By drag and dropping your file into an empty space of your storyboard.

N.B: you have to display the storyboard to perform both actions 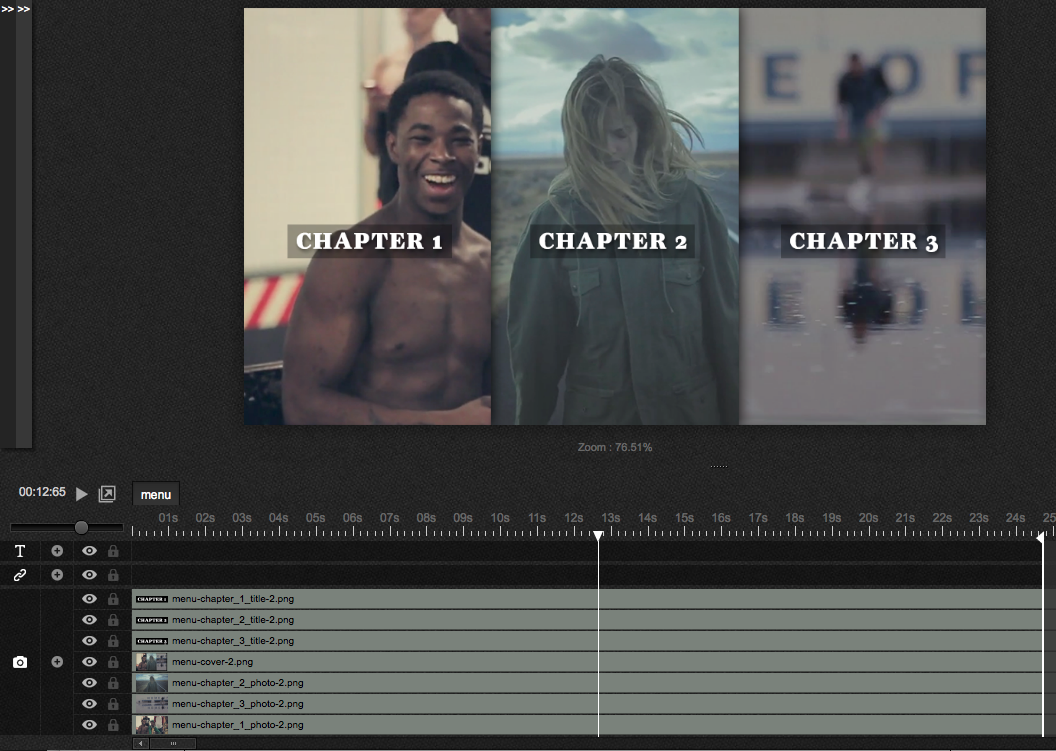 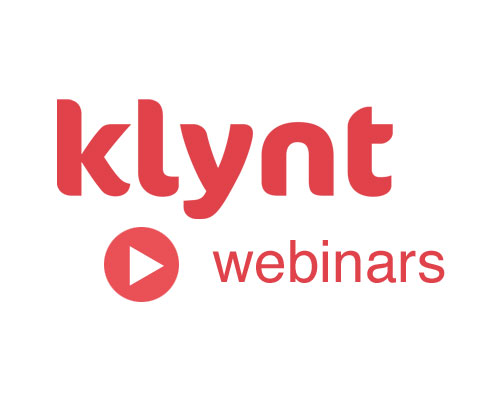 maria@klynt.net
http://assets1.desk.com/
false
desk
Loading
seconds ago
a minute ago
minutes ago
an hour ago
hours ago
a day ago
days ago
about
false
Invalid characters found
/customer/en/portal/articles/autocomplete